At the Society for Environmental Graphic Design’s (SEGD) Annual Conference and Expo — which took place in early June in New Orleans — the organization bestowed its annual, juried Design Awards. The organization — an international, nonprofit educational foundation that supplies resources for, among others, architects and environmental, architectural and industrial designers — has given the awards for more than 20 years.

Mauk Design (San Francisco) devised these graphics for Reynolds Composites’ (Vista, CA) InterBike tradeshow booth that, according to principal Mitchell Mauk, comprise "bike components flying in formation." The background features an inkjet-vinyl print, which was produced by Ferrari Color (Salt Lake City, UT) and adhered to the aluminum backdrop with carbon-fiber tubes. Reynolds routed the aluminum to install the components. The foreground display contains wheels powered by variable-speed motors, yet booth visitors could pick them up. "The result was a display that spoke to the soul of a bicyclist and brought a certain amount of poetic motion to a macho product," Mauk said.

The Utah chapter of the Nature Conservancy hired Sea Reach Ltd. (Sheridan, OR) to create graphics to inform donors and visitors about the 4,000-acre Great Salt Lake Shorelands Preserve on the lake’s eastern shore. Comprising powdercoated-aluminum hardware and phenolic-resin faces, the graphics depict the importance of wetland habitats and their native vegetation. Sea Reach, which also fabricated the project, created a color palette that complements the natural hues of the environment throughout the seasons. The jury, which gave a Merit Award, said, "The detailing of the structures and the sign supports reflects a handmade quality with a deep respect for the natural materials being used."

ID8 Studio and RTKL, both of Baltimore, created a festive environment for Bilbao, Spain’s Zubiarte entertainment and retail center. The firms incorporated such regional, architectural elements as stone and brick with steel accents, and created abstract graphics and meshed pedestrian and seating areas reminiscent of museum graphics.

New York City’s American Museum of Natural History created graphics for this traveling exhibit, which features artifacts from the ancient Jordanian city of Petra. To balance the exhibit’s grand scale — and a desire to make graphics secondary to the artifacts — principals David Harvey and Melissa Posen created architecture and typography that allow visitors to proceed efficiently and focus on the architecture. 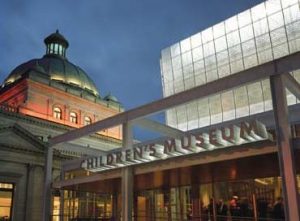 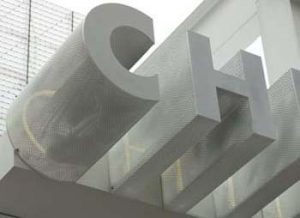 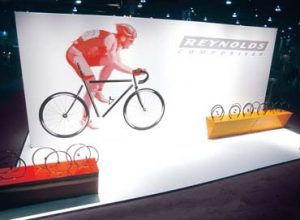