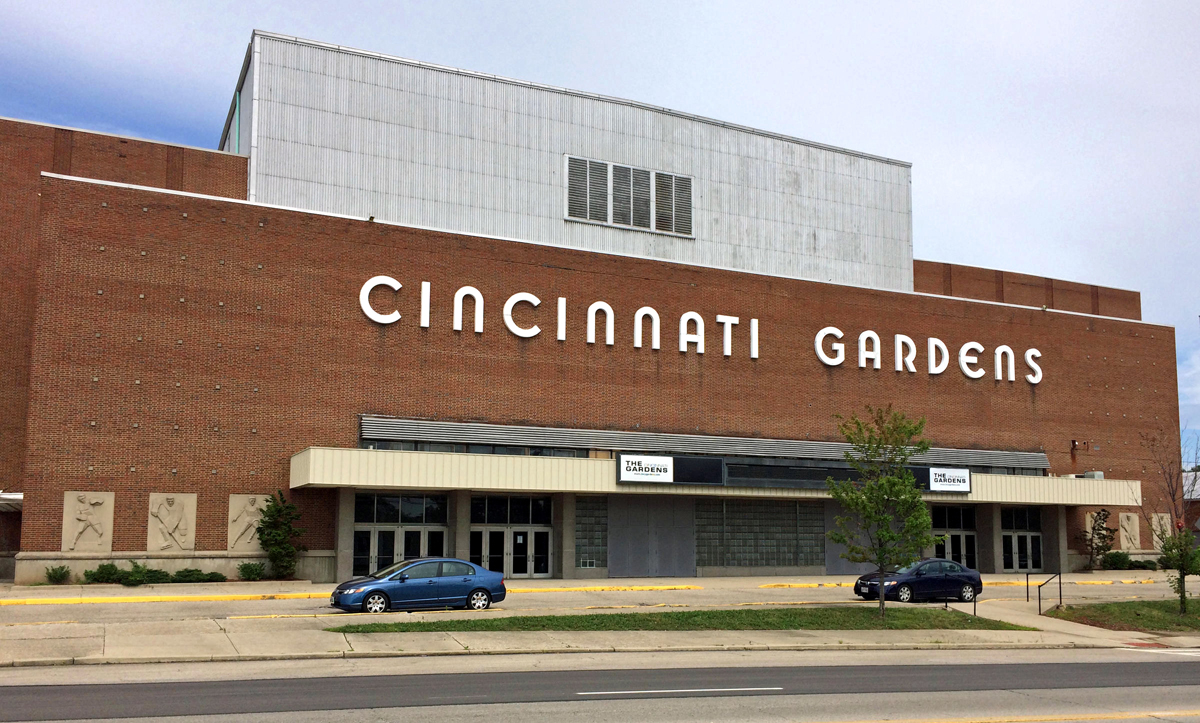 Cincinnati Gardens may be in the process of being demolished, but the former entertainment venue’s exterior letters will be spared from the wrecking ball. Thanks to the Greater Cincinnati Redevelopment Authority, which acquired the Gardens, the white “CINCINNATI GARDENS” letters will be redirected to the American Sign Museum and installed on the building’s exterior. (Sign Museum founder Tod Swormstedt confirmed a WCPO.com report that the Sign Museum received a $15,000 grant from the Haile/U.S. Bank Foundation to install the letters.) The letters will be shuffled to spell out “CINCINNATI Sign GARDEN,” with the “S” shifted and a script “ign” fabricated (see rendering below) to identify the museum’s boneyard. Cincinnati Gardens opened in 1949, playing host to an NBA team (the Cincinnati Royals, now the Sacramento Kings), multiple minor league pro sports franchises and a Beatles concert, among other notable happenings over the years.