New LEDs are primed for low-profile letters and other applications.

“LEDS HAVE REALLY impacted our ability to be creative with our signs, especially for thin-profile architectural designs,” said Bryan Vaughn, VP and general manager of Creative Sign Designs, an architectural signage firm in Tampa, FL. “The versatility of LED modules allows us to lower our SKU count while taking care of 90% of our lighting needs.” That’s just one of the very recent changes in LED technology. In addition to incredible brilliance and longevity, today’s LED modules offer an outstanding illumination method for thin channel letters, cabinets, neon-like signage and novel lighting effects. And just as important as the creative freedom afforded by low-voltage LED is the ability to standardize installation practices to ensure uniform, quality lighting for every sign produced.

Pat Mescher, business development manager of ASI Signage Innovations (Des Moines, IA), agreed: “What we’re capable of producing now with LED is phenomenal – especially when it comes to faux neon and RGB in interior and exterior signs.” He also said that color LED is marginally more expensive than white light and controllers are as easy to install as drivers. “RGB also allows us to more precisely match PMS colors or improve the appearance of colors. For instance, blue vinyl with blue LEDs can look lousy, especially in the evening,” Mescher said. “An RGB controller can improve on the color, or we can make it pop better with a white band around channel letters using clear push-through returns or backlighting.”

Given LED’s low-energy consumption, solar-powered signage is becoming increasingly attractive. This approach typically has a higher upfront cost, but some clients are attracted to solar when wiring is not easily run underground or when sustainability is a top priority. The project we reported on last August featured solar-powered LED illumination for rideshare indicators installed in locations where conventional wiring was impractical.

With increased LED use, zoning codes are being updated. Last year, the Illuminating Engineering Society released Recommended Practice: Off-Roadway Sign Illuminance (IES RP 39-19), which limits sign luminance to no brighter than 150 nits (cd/m2) at night. “The new standard may lead to greater use of dimming,” said Terry McGowan, owner of Lighting Ideas Inc., a consulting firm in Cleveland. “Fortunately, LEDs are easy to dim, and many signs already include automatic dimmers.” Other codes impose a time period that RGB signs must stay at one color and require gradual transitions from one color to the next.

Fabricators use light meters to measure luminance on signfaces and at a distance. However, new “nit guns” may provide an improved alternative. 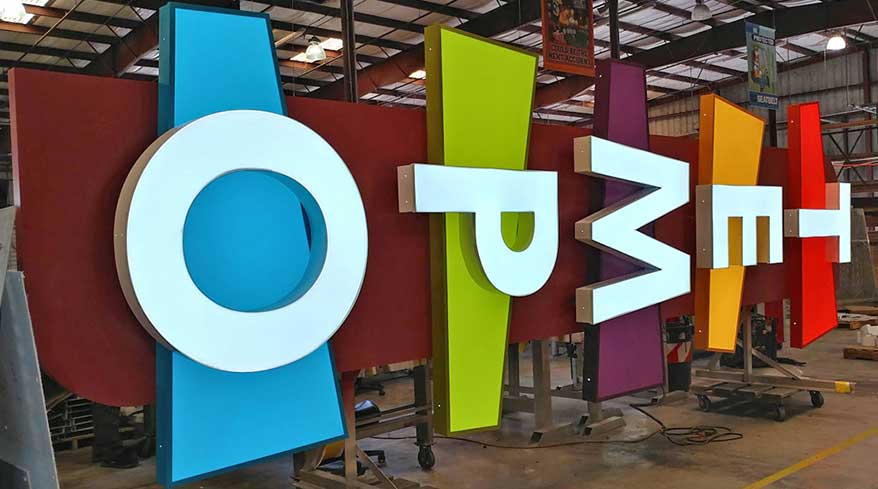 Because of the low cost of entry into LED modules, the market has been flooded with inexpensive, poorly performing products not suited to sign use. As a result, fabricators are very selective. “We partner with LED suppliers that offer top-of-the-line warranties including labor, have a proven, wide range of products, have served the signage industry for years and provide quality customer service,” Creative Sign Designs’ Vaughn said. He added that service should include free layout software and rapid response to questions regarding sign design, and in fact, many LED-signage suppliers do assist with layout programs and wiring diagrams. In addition, fabricators can request LED test data that supports LED reliability and lifetimes.

Vast strides in brightness, consistency and efficiency of LEDs over the last several years mean fewer modules are required to achieve high brightness. Newer modules with wide beam-angle lenses allow for LED placement in channel letters as thin as 1 in. ASI’s Mescher recommends at least a 170° beam angle for less than 2.5-in. depths, 140° for 3 in., and a minimum of 120° for 4- to 5-in. letters. 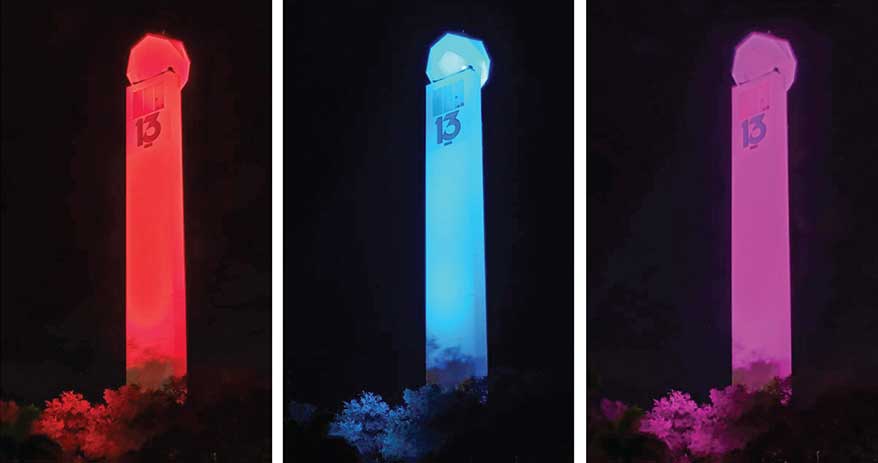 Less dramatic, but equally important is time spent experimenting with lighting before you’re up against a deadline. “Taking the time to test your own depth minimums with various modules and spacing, clear and white acrylic and with and without vinyl allows you to prevent hot spots,” Vaughn said.

Fabricators estimate brightness at the face using equations supplied by the LED suppliers. However, because of all the variables involved, sign testing is almost always required to ensure actual brightness. One approach involves standardizing a brightness at the signface. Then, when a client requests greater or lesser brightness, the fabricator can add or subtract a percent of luminance to achieve the brightness goal.

3 Varied Vehicle Wraps with a Top Tip from Each

What Are the Best Training Suggestions for New Sign Employees?

14 Famous Signs from the Silver Screen