Sign Studios, a 20-year-old, Exon, PA-based sign company, fabricated 14 set signs and backdrops for the movie, The Lovely Bones, which was filmed in and around the Pottstown, PA area. Sign Studios designed and fabricated signs for 14 stores, which were constructed at the mostly-empty MacDade Mall in Ridley, PA, where several scenes were filmed. Two years ago, Sign Studios was commissioned by Dream Works to create an atmosphere of 1970s-era Norristown.
The movie, based on the 2002 Alice Sebold novel, is directed by Peter Jackson. The main character, Susie Salmon, who’s brutally raped and dismembered by a neighbor, narrates her story from InBetween, an ethereal purgatory.
Sign Studios’ owners Brian and Angela Yanoviak have crafted set signs for various films over the years, including What About Bob? for Disney and Touchstone, and Sommersby for Warner Brothers. His connection to Hollywood began almost 20 years ago when his business, with offices now in Wayne and Exton, was located in Virginia.
Yanoviak said the three graphic designers assigned to the project also devoted a month in 2008 to creating a toy town, a Fairfax shoe store, a Fairfax diner and the gas station.
The sets were created at the Wayne store and then transported to the MacDade Mall, where scenes from the movie were filmed.
Among the 1970s-era signs a psychedelic LOVE sign, and store signs for Top Tunes record store, Toy Town, the Fairfax Diner and Town Center News.
Dreamworks constructed all the sets. 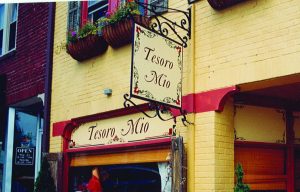 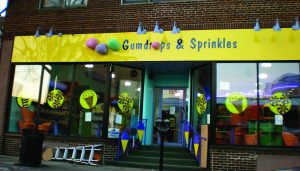 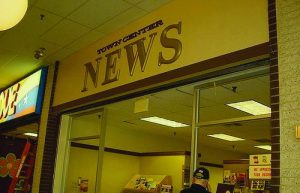 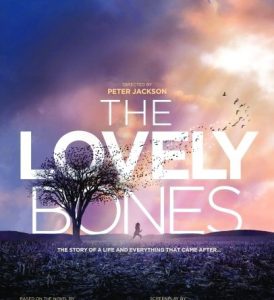