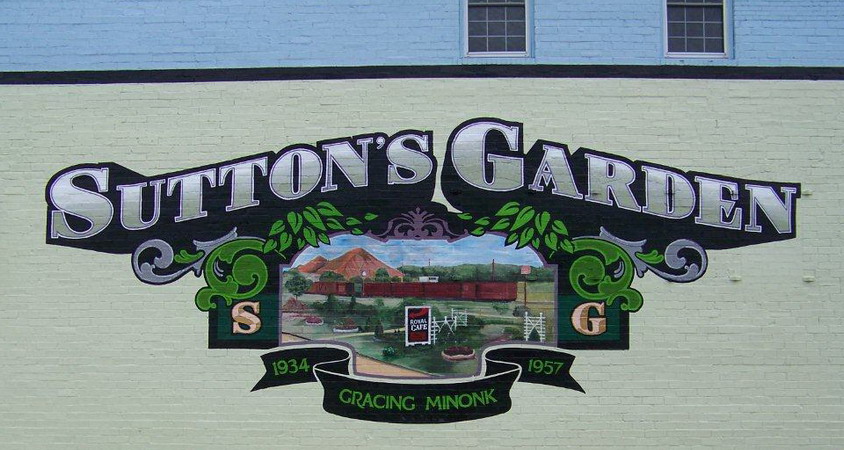 Minonk, Illinois may appear to outsiders as just another tiny dot on the map, a miniscule place in flyover country. However, the burg, which claimed approximately 2,000 inhabitants in the 2000 Census, takes pride in its history and sought to honor one of its more prominent erstwhile citizens. To that end, city fathers enlisted four “Walldogs” – those who create large-format, handpainted, exterior-wall murals – to immortalize “Sutton’s Garden.”

From 1934 to 1957, W.G. Sutton, then a prominent local businessman who owned the local coal mine (it was shuttered in 1950) and other enterprises in town, maintained a garden in memory of a daughter after her passing. Diaz said the garden loomed as a prominent local landmark in its day.

Prior to the muralists beginning their work, Tjaden Construction, the contractor that handled the building’s renovation, painted and prepped the brick wall that served as a backdrop. For layout, Diaz used an overhead projector to frame the design. Local companies sponsored the mural; to thank them, he created pounce patterns to render a handpainted sign that stood several feet away. The Walldogs painted the mural and sign with Nova Color artist’s acrylic paint.