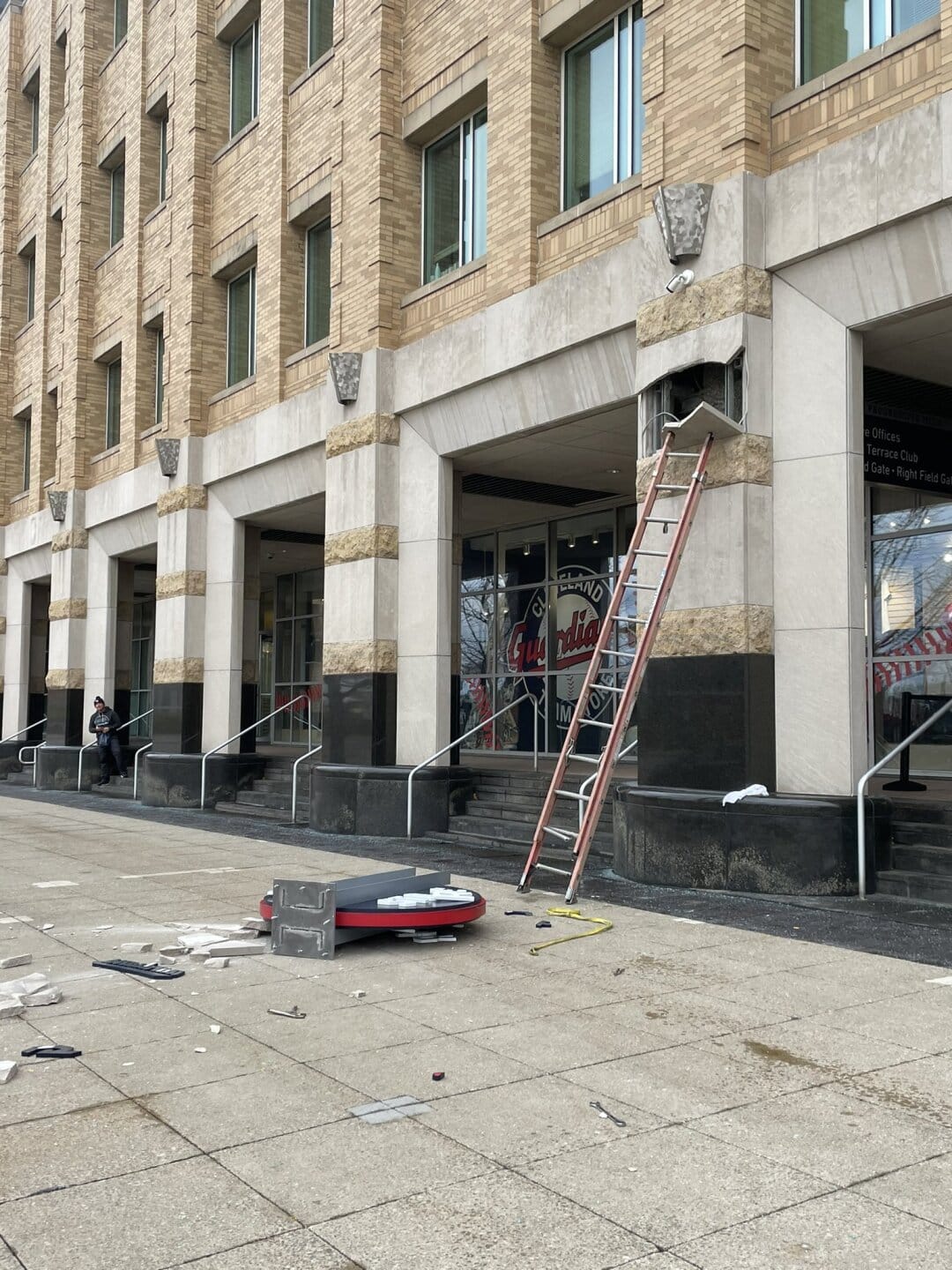 Stadium signage for the Cleveland Guardians has made headlines once again this off-season.

The MLB team, transitioning from its Indians moniker after 106 years, recently retired its famous script sign that hung high above left field for 27 years. A few weeks later, another sign at Progressive Stadium has made its dismount, though not in a way the team intended.

While fans were lining up to buy new Guardians merchandise at the stadium’s team store, newly installed signage broke free from the building and crashed to the sidewalk, the Associated Press reports.

A worker was on a ladder checking bolts, the article explains, when the sign snapped a section of the ballpark’s stone exterior and fell about 15 feet. No one was injured.

If you think this sounds like an inauspicious beginning for a baseball club that’s writing a new chapter in its history, you’re not the only one. “Well, that’s an ominous sign,” an onlooker yelled.

Read more at the Associated Press.