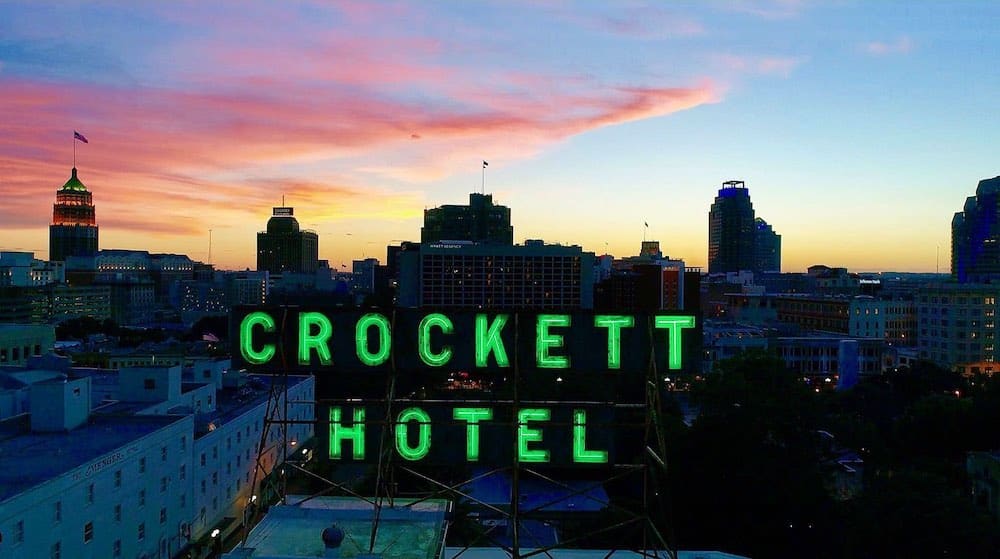 The neon sign sitting atop the seven-story Crockett Hotel in San Antonio, TX could be in line for a modern makeover.

Comet Signs (San Antonio, TX) has filed an application with city regulators to retrofit the sign with LED lighting, which the shop says will not “interrupt” the original look of the green neon tubes, MySanAntonio reports.

If the project is approved by the Historic and Design Review Commission, the shop will also remove the sign so its metal lettering can be cleaned and repainted.

Comet Signs was founded in 1958 by Arthur S. Sitterle Jr. In the ’90s, company leadership was passed to his son, Arthur “Pete” Sitterle III, who remains the CEO.

Related Topics:Latest News Topsign companies in Texas
click to Comment(Comment)
Up Next

Customer Ruined His New Signs, and Now He Wants a Discounted Do-Over

Channel Letters Are in Demand – These 3 Sign Projects Show Why