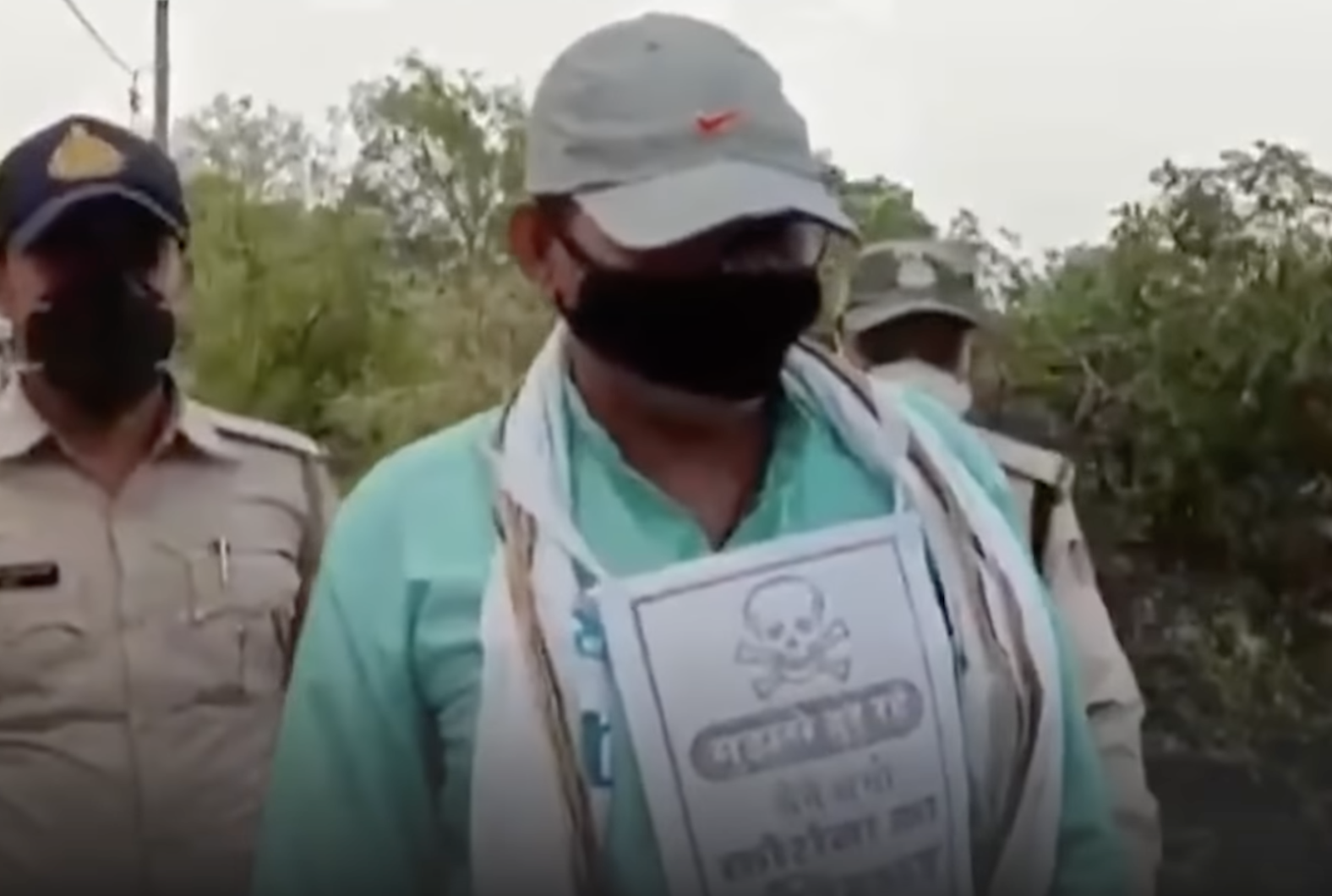 In news of an Orwellian bent, police in rural India are making unvaccinated people wear signs depicting a skull and crossbones with a warning to not come near them, Reuters reports.

Officer Santosh Patel said police in his district, while giving honorary badges to people who have been vaccinated, also found a large number of people who have yet to take the jab. “So to teach them a lesson and encourage them to get vaccinated, we administrated an oath to get them inoculated as soon as possible,” he told the news outlet.

Folks who have been vaccinated received a sign displaying the colors of the Indian flag with the message, “I am a nationalist.”

Aside from its dystopian quality, the move by police is curious in light of India’s well-documented vaccine shortage, which disproportionately affects the rural areas of the country.

Advertisement
Related Topics:COVID-19Latest News Top
click to Comment(Comment)
Up Next