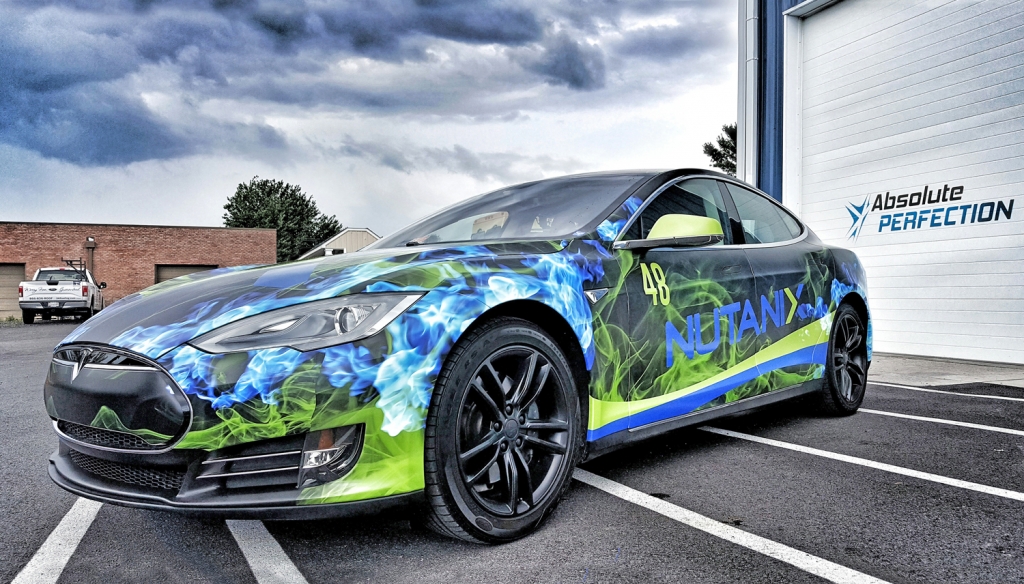 Pretty much everyone in our industry knows vehicle wraps are a solid advertising investment, right? If you didn’t, just do a quick internet search for “vehicle wrap advertising stats,” and you’ll see the same Outdoor Advertising Association of America (OAAA) and Traffic Audit Bureau for Media Measurement (TAB) statistics used over and over: Media targeted toward vehicle drivers and passengers reaches 95% of Americans; a single wrapped vehicle can net between 30,000 and 70,000 impressions a day; wraps cost less than a dollar per thousand impressions (CPM). The list goes on and adds up to one conclusion: Wrapping a company’s car, truck, tanker or – well, you name it – just makes sense from an advertising perspective.

A wrap, whether full or partial, can set a business apart in a crowded marketplace. It can get the business noticed, drive brand awareness and, more importantly, increase sales. And signshops across the country are cashing in, stating that vehicle wraps are on the rise. They’re also saying that customers today are better informed. They’ve done research and even know wrap options ahead of time, not to mention they expect top-notch quality, service and a lasting guarantee.

So, what’s driving this demand? The same tool that even grandmas love and cat photos dominate: Social media.

From sharing completed vehicle wrap photos on a business’ Facebook page, to viewing time-lapse wrap videos on YouTube, to following the rich and famous (and their cars) on Instagram, to bragging rights on Tumblr, the power of the Internet – and the social share – is altering the course of how clients discover wraps, how much they know about them, and how much they’re willing to pay in 2017.

GO FULL COVERAGE, OR GO HOME
“Cut lettering is so old school,” according to Becky Duke, ambassador of first impressions and product specialist at Absolute Perfection Applied Graphics in Sykesville, MD. “People are still doing it, but less and less. It’s dated. Now they all want more coverage.”

Absolute Perfection’s CEO launched the business in 2001 as a window tinting business in his parent’s garage. Today, with a revenue growth of 152% over three years, the shop has made Inc. 5000’s Fastest Growing Private Companies in America List two years in a row. With three divisions, including vehicle wraps, digital media, and residential and commercial window tinting, the shop runs two HP Latex 360 printers and an HP Latex 570, using 3M180cV3 with 3M 8518G overlaminate for wraps.

The majority of Absolute Perfection’s work comes from small businesses, and Duke explained that more and more clients are doing their homework before reaching out. “They’ve seen something shared online, or they’ve gone looking for what they want before they ever pick up the phone,” she said.

This can make life easier, she adds, as the customer may better understand cost, strengths and limitations of the materials involved, but it can also present its own challenges. “Sometimes, from their research, they’ll only want a partial wrap because that’s what they’ve seen. Maybe a half or three-quarter. So we’ll mock up that design.” She knows from experience, however, that when you have just 4-6 seconds to make an impression, a partial wrap can be limiting.

To counteract this, Duke has the perfect upsell strategy: “We’ll deliver the partial wrap proof, but we’ll also show them options of what a full wrap could look like at the same time.” The result? “Once they see it, the customer almost always upgrades to the full wrap.”

SHARING PHOTOS OF FOOD – AND FOOD TRUCKS
Echoing Absolute Perfection’s rise in coverage demand, WrapOne, an 18-year-old vehicle, window and wall graphics company based in Anaheim, CA, reports that they’ve recently seen an uptick in the number of clients desiring full coverage for their most popular wrap segment – food trucks.

“We have a lot of events, tradeshows and conventions in our area,” said Nathalie Jimenez, project and administration director at Wrap One. “We get around a half-dozen requests every month for full wraps. Full color outsides, insides, service windows, even menu boards. All for food trucks.”

Because of the shop’s proximity to the many hotels, resorts, sports venues and attractions near Disneyland and the Anaheim Convention Center, it’s a food truck hot spot.

“Every truck needs to stand out,” Jimenez continued. “Another one parked 20 feet away might be selling the exact same type of food. So the designs we create obviously feature the truck’s logo and products, but also tend to include the culture of where the food comes from or what they want to be known for.”

According to Jimenez, whose shop uses Roland XC-540 and XR-640 printers, sometimes it’s the culture-centric art that’s the only differentiator be-tween two or three similar businesses. And going full coverage offers more space to get that message across, in a way cut letters or even a partial wrap can’t.

And the kicker – the designs always include social media links. “These trucks survive on word of mouth,” said Jimenez. “So it’s only natural they want customers to share their location or photos of their food.” And thus, the cycle continues.

LIFESTYLES OF THE RICH AND WRAPPED
Whether it’s Justin Bieber, Selena Gomez or Kanye, celebrities love sharing photos of themselves in their “rides.” And their fans apparently can’t get enough. “We’ve seen more high-end cars coming in than any time in our history,” said Robert Moreira, manager at Miami Signs and Graphics.

For nearly 15 years, their wrap center has been the first and last stop for commercial and performance car wraps in Miami and Doral, FL. With as much business as they’re getting, they’ll soon be expanding into the Orlando area.

“Bentleys, Porsches, Ferraris, Mercedes. You name it, we’re seeing it. Lots of straight color-changing for the last couple of years, especially on leased vehicles,” said Moreira, noting the ease with which a client can remove a wrap at the end of the vehicle’s lease without loss of value to the car itself.
These high-end and high-performance cars aren’t cheap, so it makes sense that their owners, who want to emulate the lavish lifestyles they see online, are seeking temporary restyling changes they can actually afford.

“It’s definitely a younger audience coming in,” Moreira continued. “They saw something on social media and are willing to take a chance on their vehicle.” It’s risqué, he adds, and they’re drawn to that. Consider it keeping up with the Joneses in the “Keeping Up with the Kardashians” era.

The trend here has been in matte finishes, specifically red and orange – the most eye-catching shades – and especially in matte black – because so few vehicles on the road can match it. Carbon fiber, chrome and color-changing metallics are also selling to the younger crowds, and Moreira noted his shop is offering more Scotchgard PPF (Paint Protection Film by 3M) to clients who put lots of miles on their vehicles. This not only extends the life of the wrap, but, again, protects a leased vehicle’s value.

“Anything to keep it looking good longer,” he said. And before they’ve even left the shop’s parking lot, clients have already shared half a dozen photos online with their friends, fans and followers.

BUCKING THE TEMPLATE TREND
Back on the West Coast, Morgan Cox, account representative at L+L Printers in San Diego, added that while his shop has seen a rise in color-changing wrap requests, they’re mostly from unrealistic buyers.

“Social media and TV, definitely,” Cox said. “They’re putting these ideas in people’s heads, but when they call us or come in, they have no idea how much it costs. They’re not prepared to spend the $3,000-$4,000 it takes to professionally wrap a vehicle.”

To minimize surprises and keep wrap costs down, Cox explains that L+L, which has 120 employees and two facilities with more than 80,000 sq. ft. of workspace, doesn’t use templates when designing wraps – a practice mostly unheard of in the industry.

“Predictability makes everything easier,” he said. “Surprises will destroy you, so our installers don’t rely on templates, other than for quoting or mockups. We take hard measurements for every curve, every groove.” Doing so, he said, reduces waste and risk to the business, and adds a level of personalization and care that L+L’s customers appreciate.

Take their most recent wrap success story: converting an old fire truck into a mobile Magic Foam Experience for the Dr. Bronner’s Soap brand. “Thank goodness for custom measurements,” said Cox. “There were so many unusual elements to that vehicle. But the client absolutely loved it.”

And so do Dr. Bronner’s customers – you can find all sorts of fun, foam-filled photos of the truck on social media.

Related Topics:March 2017Vehicles + Vinyl
click to Comment(Comment)
Up Next