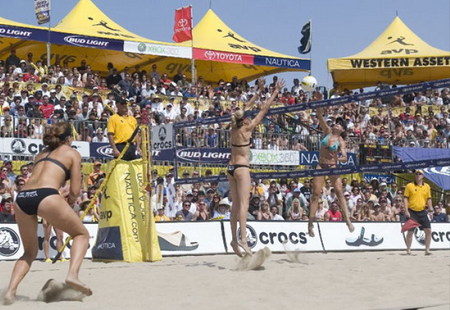 ANC Sports will surround the main court at all 18 AVP Crocs Tour events in 2008, with 190 ft. of the company’s Space & Time™ advertising signage system. The first tour event to feature ANC’s signage was the AVP Cuervo Gold Crown Miami Open, held in April at Bicentennial Park in Miami, FL.

ANC will provide and operate 19 rotational modules; each module can hold 25 advertising messages. ANC’s client-services department coordinates the production of all signage, and its web-based extranet application store artworks, allowing for quick approval and distribution of signage.

"We are excited to partner with the AVP Crocs Tour again in 2008 and look forward to expanding our relationship in the future,” said Jerry Cifarelli, president and chief executive officer of ANC Sports Enterprises.

The 2008 tour will be televised on Fox Sports Network, NBC or MyNetworkTV. 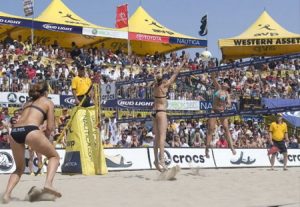 Ya, Good Signs, You Betcha